What is Sai no Kami?

Sai no Kami is a traditional festival held on Little New Year (koshōgatsu), the 15th day of the New Year.

Bamboo and straw are gathered into a large pile also called a sai no kami. The sai no kami is burned along with the New Year’s decorations†, first writings of the New Year, and other offerings. As it burns, the people pray for bountiful harvests, a good fishing season, and for protection from illness and disaster.

The festival exists throughout Japan in a variety of forms and under many different names.

†Why Burn the Decorations?
In Japanese tradition, New Year’s decorations are only used once and must be burned after use. Protective amulets, talismans, and other religious items are also burned during this time. 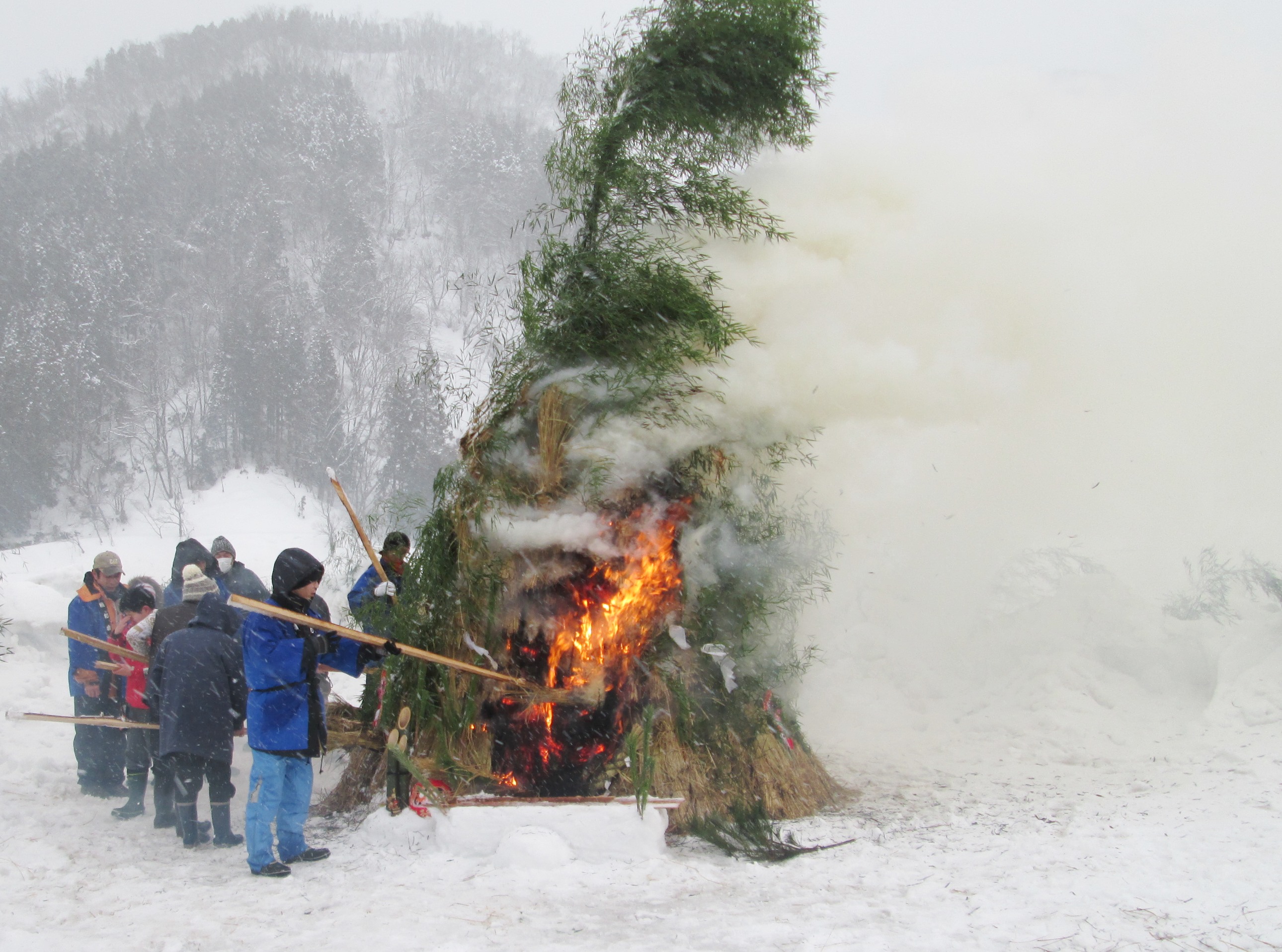